LEEDS — During its regular meeting on Monday, Jan. 27, 2020, the Leeds City council discussed concerns about roadway conditions after work by Spire Energy.

Longtime council member Kenneth Washington said several roadways have been damaged during the work to replace gas lines in the city. 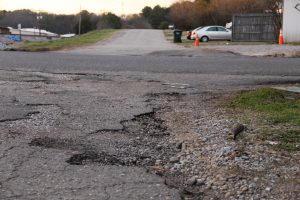 Washington said patchwork that has been done is insufficient and debris has been left on sidewalks along some streets.

Streets noted at the meeting were Lane Drive, Linden Street and Anderson Street.

Zoning Administrator Brad Watson told the council he had been in contact with Spire Energy and contractors working in those areas.

Responding to a media request, Spire Energy said Anderson Street repairs were completed on their end. After receiving a response from The Trussville Tribune, Spire sent crews to inspect the areas of interest. At that time, Aaron Schmidt, with Spire Energy, said there was a spot on Anderson Street that had been dug up since Spire completed work there. 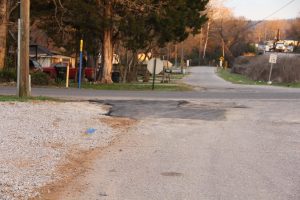 “Our guy found an area where someone has gone in and cut back into a final repair that we made,” said Schmidt. “That was not done by us.”

Schmidt said Spire is not responsible for that road.

Washington owns a house and a business on Anderson Street. He said no other company has dug in the area. After the work, his yard was left with holes, mud tracks and gravel where grass once was. He also said his neighbor’s yards have experienced flooding issues.

“They dug all this here up and left our yards like this,” said Washington. “They tore that up!”

Washington said he hopes Spire will come back to make the roads and the sides of the roads better than they were before the work.

Spire crews did confirm that work is not complete on Lane Drive and Linden Street. Spire said temporary patches have been placed in those areas and weather permitting, the natural gas line upgrade work should be completed by the end of the week. After the gas lines are installed, it takes 2-3 weeks for road patching and restoration, weather permitting. 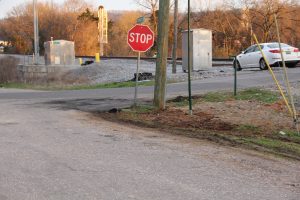 Other roadways with temporary patching are Lanewood Circle, Self Street, Price Avenue and Moore’s Street, according to Spire. Work on those roadways is expected to be completed within the next week, weather permitting.

“We currently have several active upgrade projects in Leeds,” Schmidt said. “This will help us bring even safer and more reliable energy to the area for years to come. We strive to return each worksite to its original condition or better, upon completion of our projects.”

Spire will use two paving contractors for the work.