MOODY — The Moody City Council approved the expansion of J&M Exotic Foods, during its meeting on Monday, Oct. 14, 2019.

The $2 million capital investment will include new manufacturing equipment and 11 new jobs. The project, which should be completed by the summer of 2021, could have a $385 thousand impact on area schools, over the next 10 years.

Moody Mayor Joe Lee said he is happy to see J&M Exotic Foods has grown enough to expand its facility. 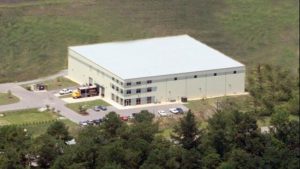 J&M Exotic Foods has been in Moody since 2004, and we congratulate them on their continued success and growth,” said Lee.

President of J&M Exotic Foods, Inc., Jeff Johnston, said he is thankful for the support from St. Clair County and the city of Moody.

CAUGHT ON CAMERA: Couple works together to snatch gallon of Cognac from Moody ABC...