TALLADEGA — Shots fired! Those words could mean a lot of things, but for the Civilian Marksmanship Program in Talladega, it’s just another day at the office.

The program is rich in history and the facility in Talladega is allowing younger generations to carry on the values of our country’s greatest leaders.

Joey Hardy, the Park Manager at CMP Talladega, said the national program got its roots in 1903.

“Theodore Roosevelt felt there was a need to identify marksmen in the country,” said Hardy. “Initially it was limited to military personnel then they opened it up to civilians as well.” 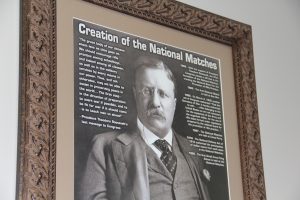 Hardy said the best marksmen were found during the National Rifle Matches. For several years, the matches were held at different locations, until 1907 when the competition was permanently placed in Port Clinton, Ohio. To this day, CMP is headquartered out of Port Clinton. The facility is called Camp Perry and it is owned by the Ohio National Guard.

“As part of the formation for the National Rifle Matches, an entity called the Board for the Promotion of Rifle Practice was developed,” Hardy explained. “To this day, that title is listed in our charter.” 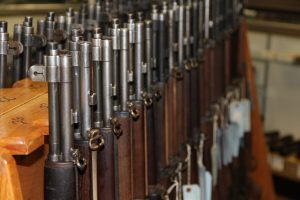 The program was called the Division of Civilian Marksmanship (DCM) until 1996. The DCM made it possible for civilians to purchase firearms that had been leased to other countries. The program was managed under the Department of the Army.

“Our country has leased other small arms to other nations since pretty much the beginning of time,” Hardy explained. “When those leases expire or when those countries want to upgrade, they turn back in the stuff that was leased.”

The DCM program allowed for those firearms to be refurbished and sold to civilians. Hardy said a lot of people were unaware of the program. Civilians were only allowed to purchase one firearm in their lifetime. When the government looked into the program, Hardy said leaders realized it wasn’t working the way they would like. 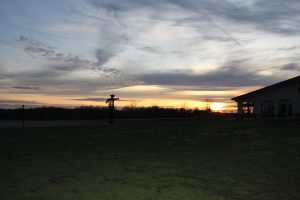 Firearms beyond repair were used to make statues overlooking the firing range.

“But there were people in Congress that wanted the program to continue,” said Hardy. “They put together a charter that created the Civilian Marksmanship Program. They privatized that department of the government.”

In 1996, the program was transformed into a 501(c)(3) corporation. The Civilian Marksmanship Program now allows civilians to purchase more firearms than before.

“They opened it up to where you could buy one a year at first,” said Hardy. “Now you can buy eight M1 Garands a year and you can buy one specialty item a year. That’s the stuff that’s pretty rare.” 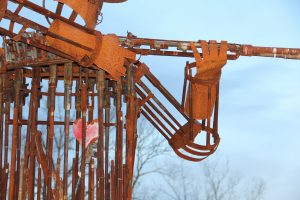 Potential buyers must fill out an application allowing for a background check. You must prove citizenship and prove you engage in marksmanship activities, among other things in order to be eligible.

“The process is very similar to buying a regular firearm,” Hardy explained. “The marksmanship part is very easy to satisfy. We offer that here.”

The CMP is funded through the sale of obsolete small arms. 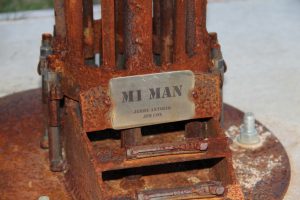 “When those are located around the world, the Department of Defense claims them, then says, ‘hey, CMP, go get them,” said Hardy. “We carry the burden of the costs and we do all the refurbishing, testing and make sure they’re safe before we put them out for sale.”

The mission statement of the CMP is to promote marksmanship and gun safety with a special emphasis on youth. There are 38 programs around the nation. The CMP Talladega range is one of those programs. 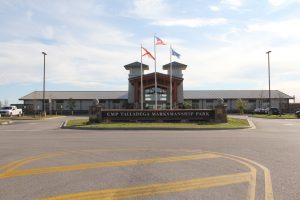 To find out how more about purchasing a refurbished firearm, click here.

For more on activities offered at CMP Talladega, click here.